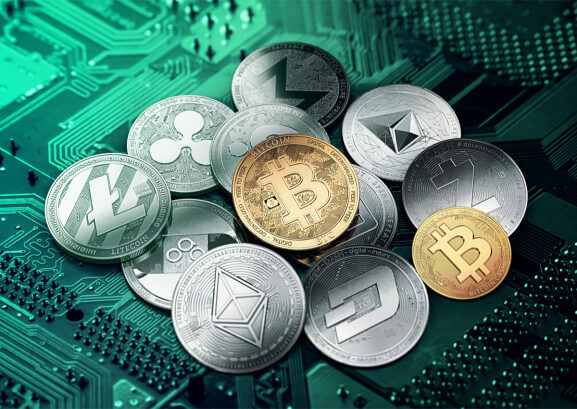 What is cryptocurrency? It’s an important question for both investors and for those interested in the potential of this relatively new currency type. While there are many possible explanations and definitions, the truth requires more than just a quick sound byte.

The purpose of this article is to provide a clearer picture of the history of cryptocurrency. How it works, and what the advantages and disadvantages of this type of currency may be.

The Concept of a Cryptocurrency

What is cryptocurrency? The technical definition lists it as an electronic currency that makes use of cryptography as an authentication measure, securing factor, and method of expansion. That description is apt, of course, but it does little to explain the current rise in cryptocurrency use. The answer to the question of what is cryptocurrency might be better answered in relation to other currency types.

It is a specific subset of both digital and alternative currency, a method of making transactions that are both virtual and cryptographically secured. It bears many similarities to typical currency, though its method of processing and growth is directly connected to other technical factors.While cryptocurrencies are currently in the news, they’ve actually existed for far longer than theaverage user might expect.

Cryptocurrencies were conceived of in the early 1980s in the form of David Chaum’s eCash.

A useful implementation of the concept didn’t come until the late 1990s in the form of Digicash, and from there various other currencies would be invented. The concept gained its most traction and its widest-spread acclaim in the form of Bitcoin, which was created in 2009. From that point forth, dozens of other similar decentralized cryptocurrencies have evolved, entered the marketplace, and have fought for dominance.

As one might expect, these currencies can generally be used in the same manner as any traditional currency. While there are certainly differences in how the transactions are processed. It is possible to buy goods and services with cryptocurrencies so long as they are accepted by the vendor. These currencies have also recently been traded in a manner similar to more traditional commodities. Which does make sense given the format’s ability to mimic the trading of precious metals. In either case, the draw of this currency type tends to be the lack of oversight from governmental entities.

Advantages and Disadvantages of Cryptocurrency

When discussing the question of what is cryptocurrency, one should also take the time to look at the advantages and disadvantages of these currencies. The biggest selling point and flaw are often the same, though – the general lack of regulation and oversight. While some consider this a method of stopping governmental meddling and allowing for a freer flow of goods and information. Others see the decentralized method as being ripe for exploitation.

The continued use of cryptocurrency does seem to reveal both new flaws and advantages as the currencies become more established. Good investors will seek out both sides of the argument before making any investment decisions.

Philosophically speaking, the answer to the question of what is cryptocurrency might be best thought of as a currency that transcends all barriers. The lack of centralization means that no one organization or even nation controls these currencies. They aren’t necessarily tied to the same political pressures or exchange rates as other forms of currency, giving them a type of economic stability that standard currency could only hope to have. This is the theoretically the currency system for a more unified world, one that’s far less concerned with the posturing of nations than the well-being of its citizens.

Ideology isn’t everything, though. Crypto stands as a great alternative to current currencies largely because it fixes the problems inherent in those systems. Take inflation, for example. Traditional currencies must deal with inflation as a matter of course, losing value over time. Crypto is designed to fix the inflation problems within its own system, helping the currency to grow in value over time. It takes what’s been an age-old problem with currency and eliminates it by hard-coding avoidance from its inception. It breaks a tried-and-true rule of how currency works, but doing so may be better for users as a whole.

Cryptocurrency also removes some of the ability for abuse in its markets by putting reputations on the line. When you make a transaction in a cryptocurrency, it becomes a permanent part of that currency’s history. If your transaction was fraudulent and unfair, it will be there for all to see. While there are certainly ways around this, it makes it more difficult for any one user to be predatory. Baking a sense of honesty into the transaction method helps make the economic playing field safer for all involved.

It should come as no surprise that there’s serious potential for abuse in the cryptocurrency market. The lack of oversight that makes the currency so attractive for privacy reasons also makes the currency attractive for criminal reasons. Bitcoin, for example, is still overcoming its reputation as a currency largely used for transactions on the dark web. Crypto will always be popular among those who don’t want their currency seized or tracked, of course.

However, the relationship between crypto and crime will always make it harder for the currency to hit the mainstream. Without more oversight, though, it’s hard to foresee a future in which many organizations will not see cryptocurrency as a means of skirting around the law.

Scalability is another one of the major disadvantages of cryptocurrency.

For these currencies to be taken seriously on a global scale, more users have to adopt their use. Unfortunately, most of these currencies just aren’t ready for an influx of new users. Popular cryptocurrencies like Bitcoin are already seeing massive slowdowns in transactions, with flaws in the transaction system becoming more apparent as more users adopt the currency. Until these problems are solved, it’s hard to look at any real growth potential.

The fluctuating price of cryptocurrency is also a major issue for those who want to use crypto as a currency, rather than investing in it as a commodity. Because the price fluctuates so rapidly, it’s difficult to say what the actual value exchanged will be between the time a transaction begins and when it finishes cycling. This, in turn, makes it very difficult to do basic things like issuing refunds or even planning for future usage of the currency. So long as this kind of volatility remains, it’s difficult to imagine any cryptocurrency being used as widely as any standard currency.

What is cryptocurrency? It’s a substitute for traditional currencies, a new way of doing business that has both its advantages and its flaws. Crypto is far from perfect, but it’s also growing in popularity. Going from its current state as a small but growing part of the economy to its logical end will take a great deal of work and evolution. However, it’s possible that these markets will become a regular part of life in the future.

What has your experience been like with cryptocurrency? Has it been positive or negative? Do the advantages outweigh the flaws or are it still too early for us to tell? Let us know by getting in contact with us.