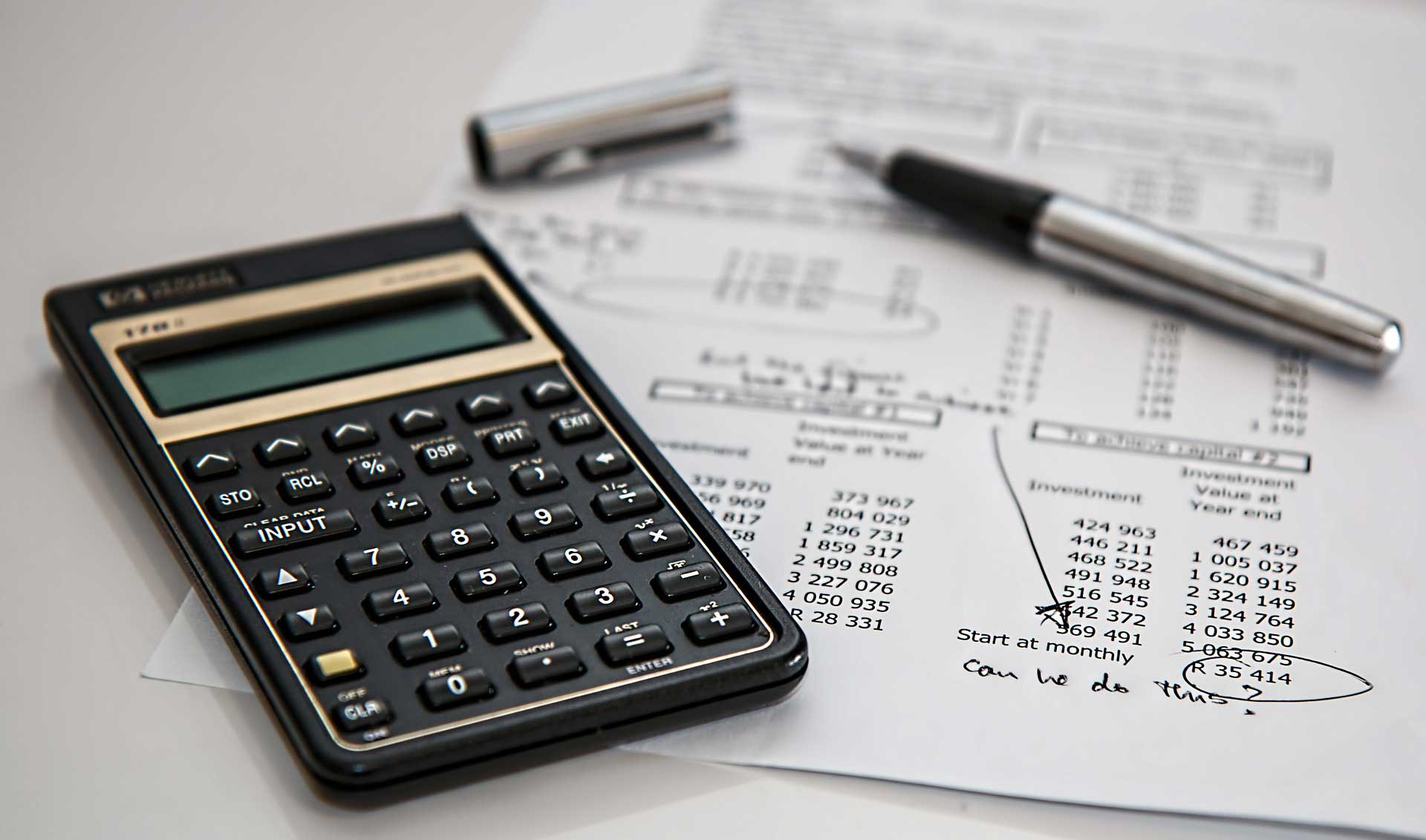 Par value and market value are distinctly different from one another. In a nutshell, to understand what is par value refers to the stated or face value of an asset such as a house, a car, a stock, a bond, or anything that has a tradable value. While market value is determined by someone’s willingness or lack thereof to buy an asset based on its potential or future profit, as opposed to its intrinsic value.

In stocks, bonds, and other investment vehicles, it is critical that you understand what is par value, how market value is influenced by certain factors, and how you can profit from the disparity between market value and the perceived future value of your asset.

What Is Par Value?

What is par value really? Imagine that you’re selling a house for $400,000, which is the par value of the asset. However, no one is willing to pay for that amount perhaps buyers feel that the property is not in a prime location, or you’re selling it amidst recession when money is tight.  In this scenario, a bargain hunter might suggest that he would only purchase it if you slash the price in half. If you agree to such an arrangement, the market value of your house is now $200,000.

What is par value also applies to stocks, bonds, rare coins, antiques, cars, and pretty much anything with a tradable value.

In the stock market, you may ask what is par value and how it affects your potential profit despite the fact that it is arbitrarily determined by the issuing companies during the initial offering.

The par value or dollar value of a stock has no direct relation to market value, after all, the latter is primarily determined by supply and demand, or to be more precise, the investors’ confidence and assessment of its potential value (or appreciation) in the future.

In the bond market, meanwhile, a bond’s par value or face value is what the issuer (a company or a government) pays when it matures.  And just like stocks, there is almost always a disparity between the par value and market value of bonds because prices fluctuate based on the law of supply and demand and the perceived potential of the asset.

What Is Market Value? 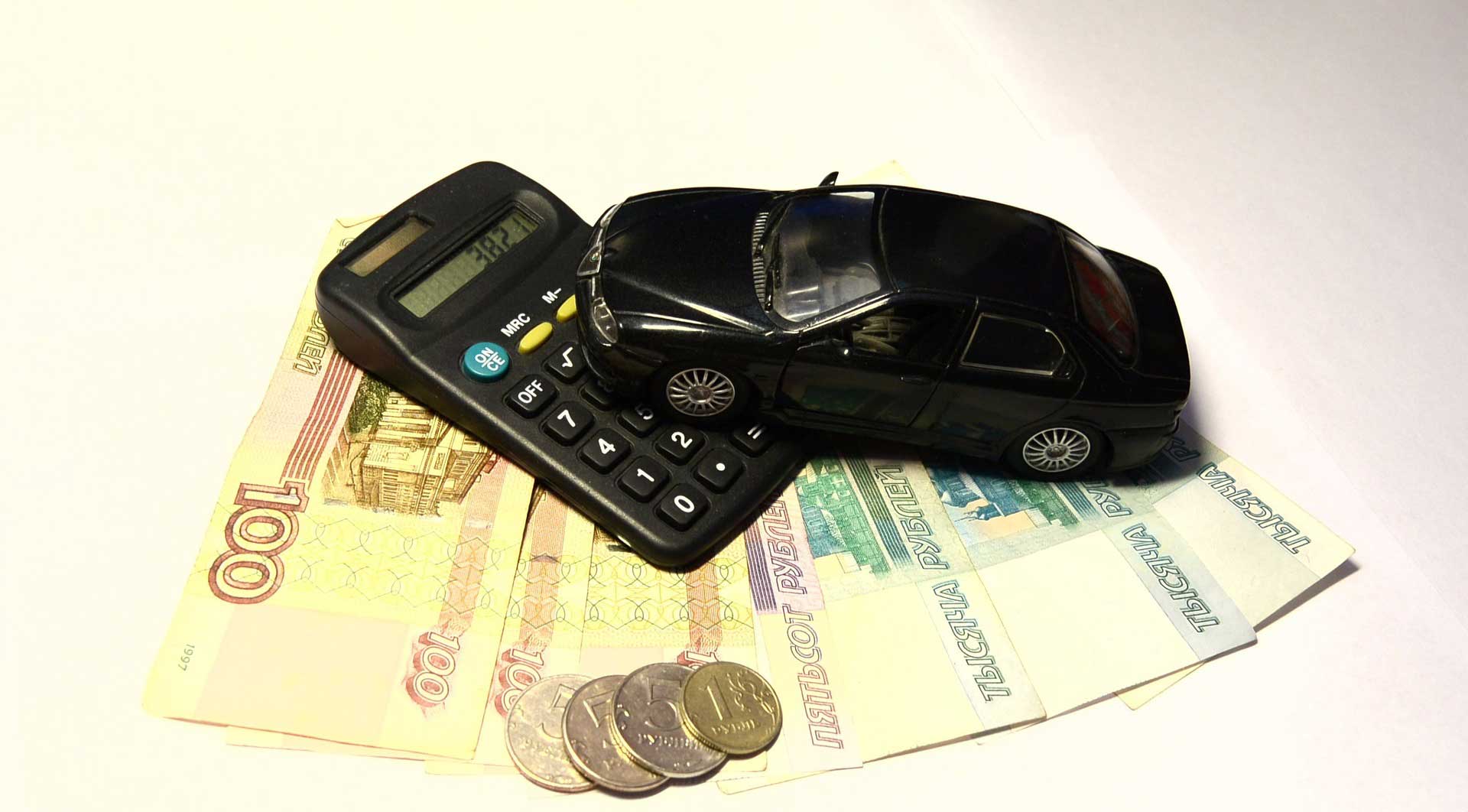 To reiterate, the market value is the price that you actually pay to acquire an asset (properties, cars, etc.), or the most current price for a market-traded security (bonds, stocks, etc.). Depending on factors such as the supply and demand and investors’ confidence, the market value might be higher or lower than the par value.

Because there is no or very little connection between the market value and par value, in any type of investment vehicle your success boils down to your ability to predict accurately, despite sounding like an oxymoron, its potential or future profit. Of course, this is not a complete guesswork because you also have to use calculations and consider certain factors before you make an investment.

In the stock market, the market value fluctuates significantly. In fact, Benjamin Graham, one of the greatest investors in history and father of value investing, said that “in the short run, the market is a voting machine, but in the long run, it is a weighing machine.”

During a recession or economic slump, the market value of most stocks declines, sometimes to the point that the current or most recently quoted price is lower than the par value. In this scenario, you’ll lose money if you sell your shares unless you wait until the price bounce back again, which may take a few weeks, months, or years. But in a worse case scenario, the price further slumps if the company has ceased to be competitive and the investors are pretty much aware of this.

Meanwhile, the prices of investment-grade bonds often increase during a recession, which tends to trigger a decline in interest rates.

When the interest rates decline after the purchase of bonds, their market value spikes up. Why? First and foremost, they carry a coupon or annual interest that is higher than the current interest rate and so investors generally wouldn’t mind paying more to buy the bonds.

Conversely, if you purchase bonds and the interest rate goes up, investors would rather purchase the new bonds that pay a higher interest rate than yours, unless they can acquire your bonds at a discount.

In general, the market value or current price of bonds and stocks fluctuate significantly because of the business cycle and a wide range of factors such as a company’s profitability, its debt load, the sector in which it operates, and the overall market environment. Even its perceived potential, would their profit grow or stagnate in the next coming years? Are they willing to innovate so their product or service will remain relevant? Are the competitors making better products? This also dictates the amount investors are willing to pay for these investment vehicles.

While par value and market value are more commonly thrown around investment terms, take note that it applies to pretty much anything with a tradeable value. To further shed light on the issue, read on the examples below for what is par value: 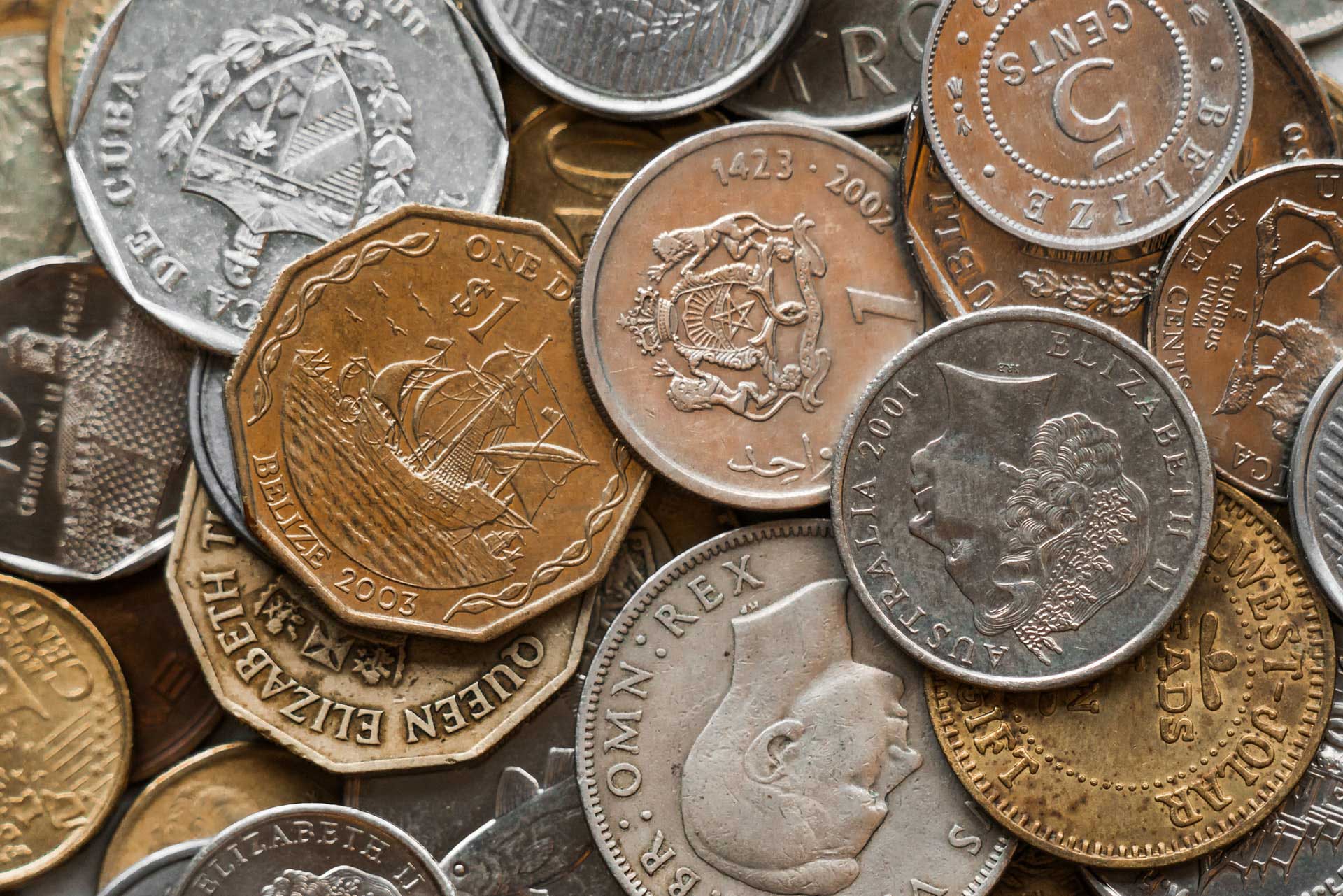 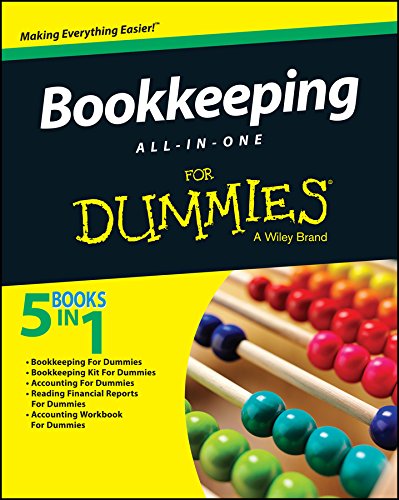 A house flipper has spent a total of $250,000, which he used to purchase and renovate an outdated house. This amount could be interpreted as the par value or intrinsic value of the asset. Using the standard return on investment in the housing industry, he priced the property at $375,000. Unfortunately, his timing was off: It was amidst a housing slump and no one was willing to purchase such a large asset unless it came at a steep discount.

Because the house flipper was desperate to cut his losses, after all, the property was sitting far too long on the market, and he had to pay his loans and the upkeep and maintenance as well, he agreed to sell the house for $200,000, which was the market value or the amount the buyer was willing to accept.

Company A and Company B both have $200 million in annual sales and their book value (net asset minus liabilities and intangible assets such as patents and goodwill) is pretty much the same. However, Company A has given their research and development additional budget, resulting in more innovative products that appeal to the market. Conversely, Company B is slow at adopting changes.

Furthermore, some of their most profitable patents are reaching their expiration date, which means that other entities can use their inventions without violating any laws. Shrewd investors know that Company A has more potential than Company B.  Consequently, the share price or market value of Company A trades higher than its competitor despite having similar annual sales and book value. 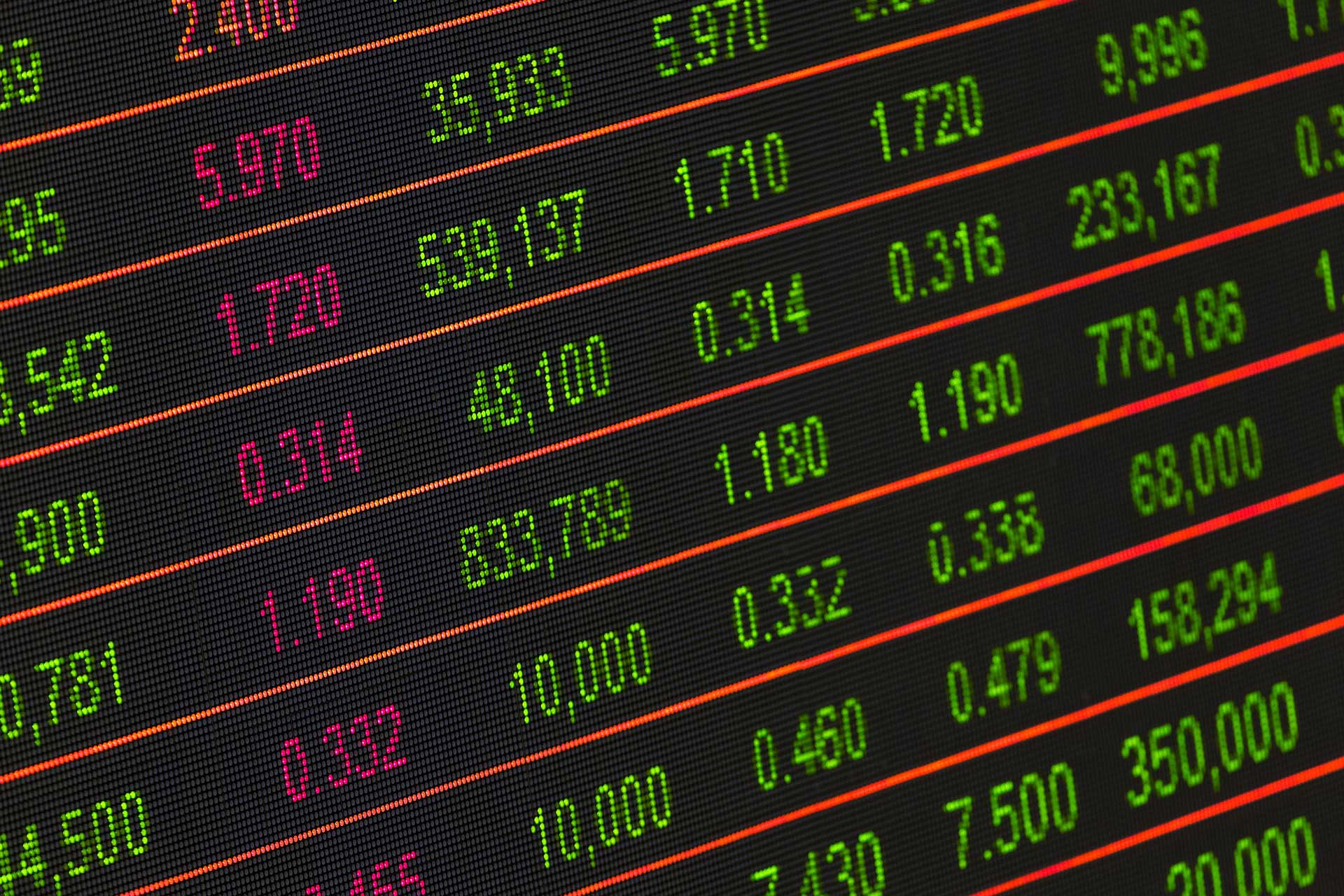 The US government has recently issued a two-year bond that carries a par value of $100. Hence, an individual investor is entitled to receive the same amount upon the maturity of his investment vehicle. However, the investor decides to sell his bond shares before their maturity when the interest rate declines, which makes the bonds more valuable, i.e., higher market value.

When you purchase an asset or security, one of the most important factors is its market value, or to be more precise, the disparity between the market value and the potential and perceive worth of an asset in the future.  Simply put, investors always expect to acquire a future performer at a discount.

What is par value also matters when making an investment. This is particularly true if you want to invest in an initial public offering although don’t buy an IPO just because the shares are at par value.

There is a common misconception that par value is the lowest or most discounted price of shares. This is far from the truth because once on the market, the current price or market value will deviate from the par value, sometimes even lower if the investors question the profitability and potential of a company.

The aforementioned rule also applies to the bond market.

What is par value is particularly important to bondholders. After all, this is the amount of money the issuing entity must pay the investor once the investment vehicle matures. For instance, if a bond with a 5-year maturity has a par value of $200, you are entitled to collect the same amount after five years. This is on top of the coupon or interest rate that is often paid semi-annually or annually.